Celtic’s very own Robbie Deas who’s on loan to Championship club Alloa has grabbed his first senior career goal and salvaged a point in the club’s 4-4 goal bonanza against Greenock Morton.

The prospect defender is currently helping Championship strugglers for the remainder of the season as Deas looks to gain valuable first team experience.

As a defender Robbie Deas would normally ensure no goals are scored past him but the Hoops player managed to get on the scoresheet and most importantly bagged the leveler that ensures Alloa keep their 7 game unbeaten run.

BIG TEST FOR THE BHOY AS ITS HIS FIRST SEASON AT SENIOR FOOTBALL.

Robbie Deas has scored goals and played outstanding at Celtic youth level but this however will be the making of him as Lennon will be keeping eyes on all his future Celtic stars.

If Deas wants any sort of chance at potential first team football under Neil Lennon then the defender must thrive for the remainder of this season, who knows he might just get his shot next season. 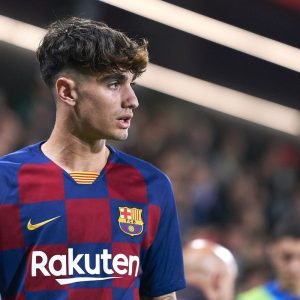 French Based Celtic Player Cause Of Points Dropping Error

Italians Ready To Make Celtic An Offer They Might Refuse!

Sutton Furious At Governments Favouritism To Other Sports