Dundee are said to be eyeing a loan move for Celtic defender Osaze Urhoghide, as cited by The Scottish Sun.

Struggling to get minutes under his belt at Parkhead, the Dutchman has made just one appearance for Celtic this season against Real Betis in the Europa League. Now, he could be set to head through the Parkhead exit door for the second half of the campaign.

Dundee are mooted to be keen on taking the 21-year-old to the East Coast on a loan deal to bolster their defence. Celtic see a move to Dens Park for Urhoghide as an ideal opportunity for him to gain experience in the cinch Premiership before returning to Lennoxtown in the summer.

Unlikely to break through under Ange Postecoglou any time soon, moving to a Scottish club and becoming acclimatized to the top-flight would be a step in the right direction for Urhoghide.

Regular football is crucial to any young footballer’s development, whilst sitting on the sidelines will only stagnate his progression. Hopefully, if he makes the move to Dundee he can have a strong impact and help them to avoid relegation. 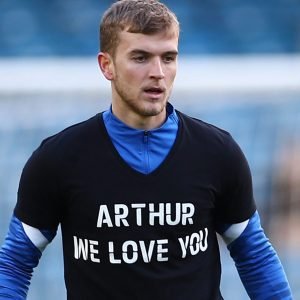