Mark McKenzie has given Celtic fans an update on his potential future and it doesn’t sound too good for the Scottish Champions.

MLS pundit Charlie Davies has urged the big defender to not move to Scotland and instead aim for a much bigger league.

The MLS star has been a fan favourite of Celtic fans for a while now and the Hoops supporters were positive that McKenzie was on his way to Glasgow on deadline day.

The big defender hasn’t ruled a move out totally but when he talks about playing in a league against players that will test him, Scottish Football wouldn’t do that, the only lure could be an easier access to the Champions League.

“Ultimately it’s about the personal experience, I think, so the only way for me to understand it fully is to be over there and to compete. Whichever club that is, I think it’s going to be the experience of a lifetime, but I have aspirations to play at the highest level, to play Champions League football. I think that’s as simple as it is.

“But having the capabilities to know that I can play and compete against them is something I’m looking forward to and it’s something that is pushing me day in and day out.”

With the way Celtic’s defense is just now the club could be doing with another addition of McKenzie’s quality.

We just need to hope that the team come back against AC Milan and prove the fans wrong.

“He is a classic modern, dynamic midfielder”: Celtic Star Pinpointed

“Every team has their weaknesses”: New Bhoy Holds Key To Celtic Result

“Yes, we did follow him in the summer”: Top Club Confirm Celtic Scouting

“£5million on Barkas, I think it is a waste of money”: Ex-Player Has Barkas Verdict

“He’s a player who needs to have a good long hard look at himself”: Pundit’s View On Celtic Star

“People said we got a lucky draw, I don’t buy into that”: Milan Boss Wary Of Celtic

“We have to keep the faith, trust the team and trust the manager”: Celtic Star Makes Vow

“Neil’s future in the job is going to come under serious scrutiny”: Lennon Receives Friendly Warning

“you’ve got to look at that Rangers shirt and feel something stir inside you”: Pundit Blasts Celtic Stars 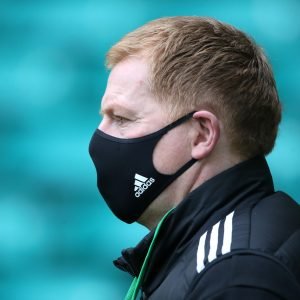 “Somebody within the club is doing us in”: Celtic Boss States Concern