Since Celtic purchased their new Swiss striker from West Ham back in August, Albian Ajeti has so far thrived and he’s still not fully fit.

The striker has netted four goals out of seven and has helped the Bhoys source some much needed goals with Odsonne Edouard being out a few games.

When Ajeti was at West Ham, he never really got a chance to shine at the Hammers with only playing 12 games and even those weren’t full matches.

However, at his former club Basel he was a goal machine and it looks like Neil Lennon is starting to allow the striker to find that form once again.

With all of Celtic’s fans starting to warm to him there’s one former player who isn’t quite convinced that Ajeti is the full package.

Former Hoops star Dixie Deans has stated to the media that he keeps getting told that the Swiss striker is great, but Deans reckons at the moment he doesn’t see a great player in Ajeti, he does give him credit for his goals.

“People are telling me Ajeti is this and he’s that, that he’s great,” said Deans. “I’ve not seen all of his games, I’ll admit. But what I have seen of him so far I think he’s an OK player. In fairness, Ajeti has been scoring goals and let’s be honest, that’s the bottom line if you’re a Celtic striker. But I’m not seeing a great player at the moment.”

“Ajeti’s not been here for long, though, and you have to give him credit for getting the goals he has early into his time at the club. That takes pressure off him,” he added.

Celtic Strike A Deal That Fans Will Be Delighted For!

A Sevconian Implosion is Coming, But We Shouldn’t Wait for It

Rangers Tax Woes: Any Truth to this New Story? 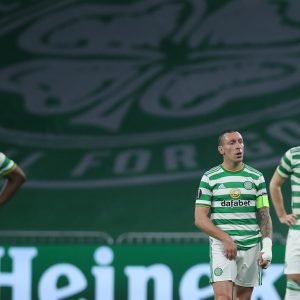 When Will the Fans Return to Celtic Park?