Celtic have opened talks with on-loan stars Jota and Cameron Carter-Vickers and hope to trigger the option-to-buy clauses which are present in their respective loan agreements.

Out of the twelve signings Celtic completed in the 2021 summer transfer window, both players could be in with a shout of being the cream of the crop due to their immediate impact.

Jota has been a constant threat in attack, registering eight goals and six assists in 18 appearances. Meanwhile, Carter-Vickers has been a domineering presence at the back for the Hoops, achieving an average rating of 7.41/10 in the cinch Premiership this season according to WhoScored.

Now, it looks as if Ange Postecoglou could be set to make their stays at Parkhead permanent owing to recent reports.

The duo both have option-to-buy clauses inserted into their current deals, with the price for Jota mooted to be about £6.5 million to acquire him from parent club Benfica. On the other hand, Carter-Vickers is said to be available for a fee totaling a minimum of £6 million. Celtic are believed to be in discussions regarding the potential payment structure of the quoted price.

Put simply, getting these deals over the line would be a massive shot in the arm for the Hoops as they seek to progress as a club domestically and in European competition.

Jota is someone who can take Celtic to the next level, with stunning moments against the likes of Bayer Leverkusen and Ferencvaros in the Europa League an illustration of the game-changing quality he so regularly produces for manager Ange Postecoglou.

Cameron Carter-Vickers may not be as easy on the eye to watch, though he has quietly become a crucial cog in the Bhoys’ starting eleven. Capable of winning the vast majority of balls in the air, distributing the ball quickly and efficiently, and being strong in the tackle, he has the potential to become a real hero at the club.

Moving forward, it is absolutely imperative that Celtic do everything to tie Jota and Carter-Vickers down before interest from elsewhere arises. 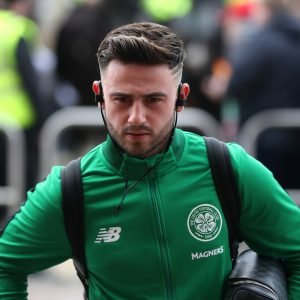 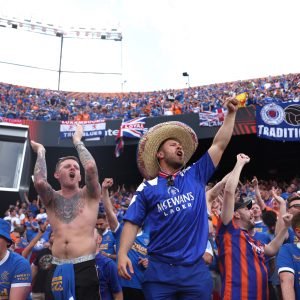 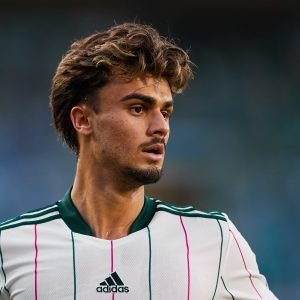 Celtic Are On Course To Sign Key Player Jota 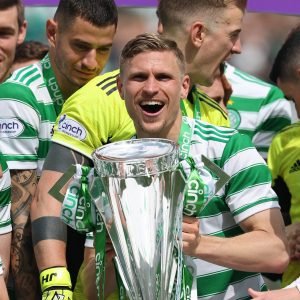 As reality bites…now is the time to Respect the Champions!

Celtic Legend Fights Lisbon Lion’s Corner “That will never, ever be done again.”

Block out the noise; The Champions are only getting started!

Celtic Star Reveals He’s No Longer Contracted To The Club

Celtic Defender Has Secret Dig At A Certain Govan Club

Must See: Celtic Captain Joins In Celebrations With Fans

“That was an incredible time for me”; Kristoffer Ajer tells Brentford how good Celtic experience was (67hailhail)

Celtic Icon Ready To Move Up The Ladder And Into Management